This is not a diagnostic term, but is an umbrella term that encompasses all disabilities
caused by prenatal exposure to alcohol. There are five diagnoses under the FASD umbrella:

The most problematic aspects of prenatal alcohol damage are:

The affected person’s ability to control behavior is erratic and inconsistent. One day they can function in a reasonable manner. The next day (or the next moment), they may be out of control, inappropriate, immature, forgetful, impulsive, and make unwise choices. 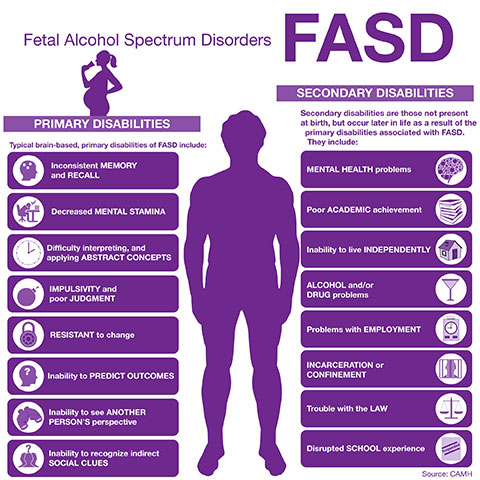 FASD-SacValley is a group of parents joining together to support, equip and encourage one another as we seek to parent children on the Fetal Alcohol Spectrum in the Sacramento Valley (Sacramento, Woodland, Davis, Colusa, Yuba City and adjoining areas).

We have monthly parent support meetings (via conference calls, live chats, or actual meetings) and all are welcome to join us.

Our ultimate goal is to help one another discover concrete ways to help our children lead productive lives.

If you would like to know about our upcoming meetings or gain more info about us – please use our contact page.

And, visit Transformational Families for even more info and support!